While Johannes helped this game grow, his actions are killing this game aswell.

Jiro said "if a mod abuses, he will be insta banned" - I don't see Johan banned, and I don't care if he didn't get banned for it, no point in banning a player when there are about 50 players playing at the peak hour. Him being demoted was fine, if he wasn't so salty about it.

But his following actions are bothering me alot.

First of all, he is advertising another pokemon game by "sending me back to that game". I never mentioned any pokemon game while playing PBO, and what I do in my free time, is up to me, I can play what I want. Also, if you want more players to play, you try to keep them, not send them to another game.

Sidenote: he ALSO played that game until 3 days ago, was in same guild as me, and that is how he found out I was playing it.

Second of all, he is calling me racist, which I don't take such accusations lightly, especially when it comes to online, I have or had friends from all over the world, in this game, and outside this game.

Third of all, he is blaming his demotion on other player(Tobirama), instead of taking full responsibility of what he has done.

Johan you were given a chance to moderate this game, you did fine, but your continuous abuses ruined your credibility, and harassing players does not help either.

If Proof are required, I will send them through pm as I do not want to advertise the other pokemon game on this forum. (Also the size is too large so I cannot fit them all in this unless I do like 2 replies to myself).

I hope actions are taken, thanks for your time.
Top

2. From your screenshots when he called crew wars as "Cry wars" you also called it a "dead game" and continued your rant on dead game and event is "always coming". Side note - I have a life and I cannot guarantee you everything will be on time.
Then Johann started blaming your friend which is clearly his mistake and you then calling him mod power abuser. I don't think you are meant to be calling him mod power abuser etc. That's what I am supposed to be taking care of not you. It was Johann's fault on asking you to play P1.

3. Then it was clearly stupid of you to say "half of them are brasillians". Like doesn't matter what players he got, did you get any:? At least he helped. How many players did you get in game? 5-10? Calling you racist might be wrong but whatever you said on chat about portuguese speaking and brazillians is honestly wrong in my eyes. English speaking is not a requirement for this game. The game is in portuguese as well so stop creating this english/br partition.

tl;dr Both of you are wrong here and I am not going to take action against both of you or none of you.
Top

I want to apologise for that all, I don't care who started or who is right or wrong... we need to behave like a community otherwise players will run out (new and old ones).

So Shadow, there won't be any toxicity from me anymore, I will play the game peacefully from now on and I expect the same from you.

Also I will accept if I have to be long time muted, if the staff think it should be done.
#Former Moderator
#Illusion Leader
#Second in First Weekend Tourney 2017
#Champion of Halloween Tourney 2017 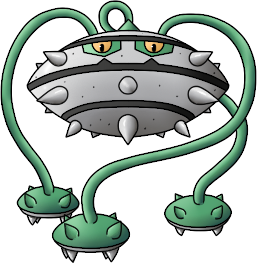 Long story short, I only said 'half of them are brasilians, which then they turn against the rest', last part is the key part, they could be brasilians, english, maltese, italian, french, I dont care. We are supposed to be one community moving forward, and not split in two where we fight each other all the time, solely because of our nationality. Such scenarios happen alot of times, especially during crew wars a few months back, and happened some days ago aswell. (Example, Brasilians hating on Argentinians and vice versa on global chat, happened multiple times)

Anyway, that was just my justification, to hopefully stop being called 'racist' from now on, which clearly I am not as I have invited several Brazilians in my crew, and some of them speak Portuguese only in crew chat, and I have no problem with that.

On another note, I never wanted anyone banned, especially due to the current player count, we have to keep the older players to hopefully increase the population count.

Last note, I just want to play without having me or my friends accused of things which aren't true. So if those stop, I am willing to move on and pretend as if nothing has happened.

Thanks for your time, enjoy the event.
Top
Post Reply
4 posts • Page 1 of 1